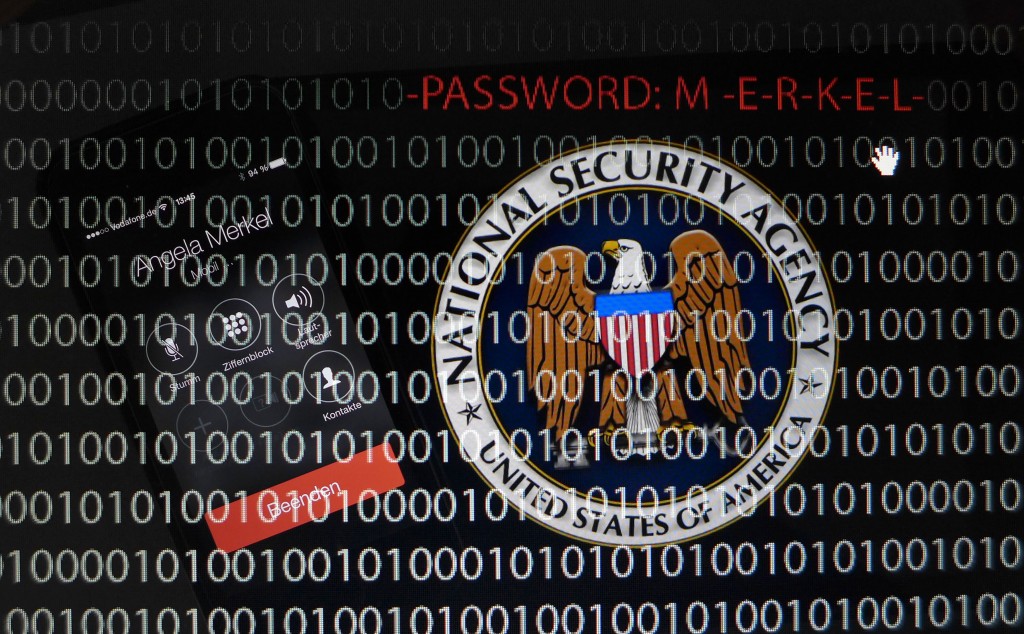 “Spying is a like a game of chess: Sometimes you have to withdraw, sometimes you have to sacrifice one of your pieces to win – preferably a knight rather than a king or queen.” – John Rhys-Davies Spying is an old story and is well documented in history[1]. From Pharaoh Ramses to Chinese Sun Tzu, information gathering, deception, spying, and surveillance were important part of any civilization. Today, we live in a world full of information; even our digital traces are creating gazillion pieces of information and forming part of what is called “Big Data”. In this century, who controls information, controls everything and that’s why digital data might be the new oil which will shape world politics, economics and culture. I believe that massive change is going to happen in this century and there are countries that will vanish from our map.

There’s something hidden and Merkel’s phone is the key

On the other side of the world, there is the Middle East that lives in darkness and illusions. In Tuesday, the Egyptian newspaper, Alwatan published an article[30] quoted Egyptian security and intelligence experts to comment on the NSA surveillance. The report shocked many people as the intelligence experts told the newspaper that: “Egypt is using an encryption system called [OKAL] which is impossible to be cracked.” “OKAL” means nothing but a person name. What is the relation between person name and an encryption system? I really don’t know. Another ex-intelligence officer said “America is wondering why our secret documents were not revealed by Wikileaks” because we use very complex encryption system, the officer added..! May be those officers don’t know that Wikileaks published US diplomatic cables not secret government documents from other countries. May be they don’t know that encryption systems implemented in their government communication infrastructure are designed and manufactured in the west! The Egyptian minister of ICT also stated[31] that “our communications are safe from NSA”. May be our official don’t know that NSA has recorded about 1.9 billion phone calls in Egypt only. In addition, Egypt placed at number 7 in NSA surveillance program[32] among top targets such as Saudi Arabia, which placed at number 5 with 7.8 billion calls! When it comes to information gathering, we better need to review the NSA Boundless Informant[33] program, which collected 7.6 billion pieces of intelligence from Egypt computer networks.

Throughout history, Arabs have had difficulties in distinguishing reality from illusion. Reality is what happens, whereas illusion is what we would like to happen. Due to many reasons, Arabs didn’t invest in their tools that might turn illusion to dreams then into reality. Instead, they kept living in illusion and wishful thinking, especially when they transform the illusion into speech or oratory. In this case, they believed that illusion turned to reality. Accordingly, their lack of knowledge and experience, even in reading their own history, was exploited by more knowledgeable nations to expand their colonial hegemony. Substantially, it’s a war between illusion and reality. “We should be prepared to the chaotic techno wars of the future or we will be out of history and geography”

[1] For more details on this topic, Read Terry Crowdy The Enemy Within: A History of Espionage Oxford ; New York